Professor Josh Johnson received his 3rd stripe, 9 years a black belt! A little history, he was the 3rd black belt promoted in Kentucky.  Michael ODonnell was in the summer of 2006.  Allan Manganello was in September or October of 2006? And Josh was in December of that same year.  Our E-town club is also the 4th oldest running Jiu-Jitsu school in Ky. 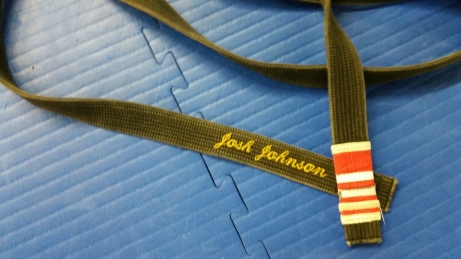